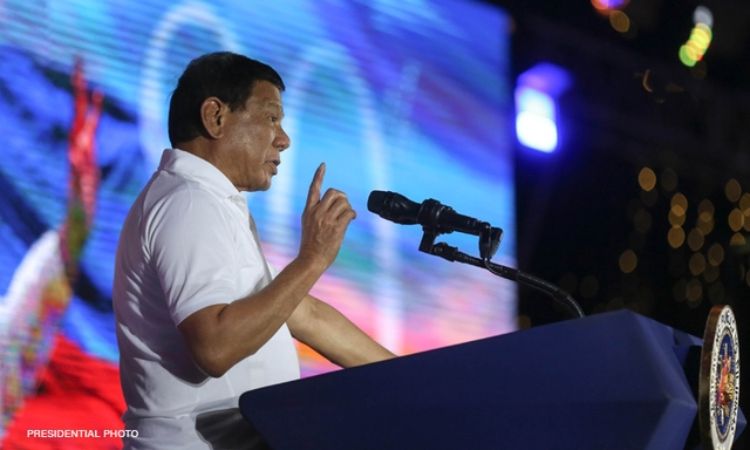 “Please do not be offended. Tutal para sa bayan man ‘to at wala ho akong tinutukoy na tao dito [This is for the country and I am not referring to anyone here]. I talk on general terms but apparently Lucena and Batangas right now appears to be with a red flag in the map sa drug scene,” Duterte told Batanguenos during a campaign rally of his party, Partido Demokratiko Pilipino – Lakas ng Bayan in Batangas.

He said he purposely went to the province to warn those involved in the illegal drug trade.

[Translation: I will really come here. You’re red-flagged. Lucena City and Batangas, there are plenty. That’s why tomorrow, we will harvest.]

Duterte released last month a list of 46 government officials involved in the drug trade, which involved two mayors from Batangas and the mayor of Lucena City. The Department of Interior and Local Government has filed administrative cases against the officials.