The world’s most dangerous bird killed a Florida man 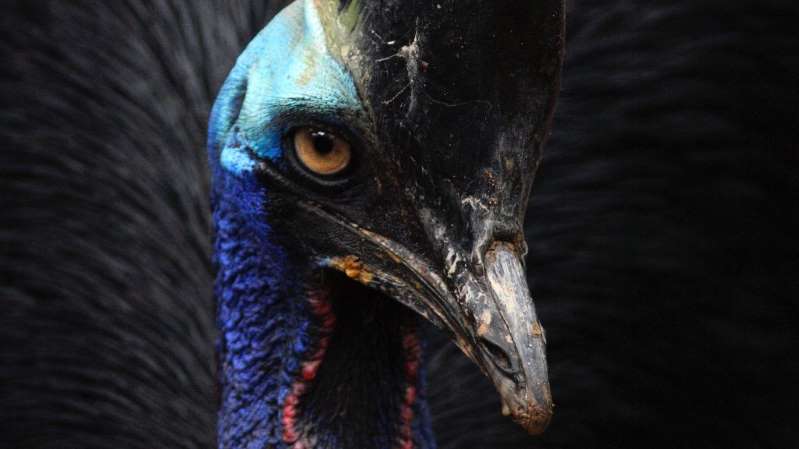 There’s good reason to be wary of the cassowary, a large, flightless bird with a reputation for being the most dangerous feathered creature in the world.

A cassowary in captivity just killed a Florida man in what local authorities in Alachua County are calling a “horrible accident.”

You can’t try a bird for murder, of course—but cassowaries can make their hostile intent known. They communicate with hisses, whistles, and claps of their bills, or rumble when making a threat. The rumble is so low and powerful that keepers working with the birds report they can feel it in their bones, according to the San Diego Zoo website.

What is known about the incident in Florida on the morning of April 13 is that a man, whose name has not been released, fell and was attacked by a cassowary, according to a witness who called authorities. The victim sustained “serious injuries,” the Miami Herald reports (paywall), and was hospitalized, where he later died. The bird’s status is not known.

The cassowary has a three-toed foot with a dagger-like claw on the inner toe that is up to 4 inches long. It can “slice open any predator or potential threat with a single swift kick,” the San Diego zoo says. The bird stands on powerful legs that allow it to run 31 miles per hour, even in dense forest underbrush, and to jump nearly 7 feet (2 meters) straight up into the air. These creatures can grow to more than five feet tall and weigh more than 160 pounds, which makes them more than a match for humans.

Despite their threatening size and strength, it is legal to keep a cassowary with a permit in Florida. The state’s fish and wildlife associate classifies cassowary as “Class II” animals—that’s less dangerous than a tiger and more threatening than a domestic pet—along with dwarf crocodiles, wolves, bobcats, and certain monkeys, among other animals. “Class II wildlife can…pose a danger to people. Substantial experience and specific cage requirements must be met,” the agency’s website explains.

There are three varieties of this fruit-eating bird, which is related to the emu and originates in the rainforests of Australia, New Guinea, and the surrounding islands. Dutch traders first brought the species to Europe in the late 16th century. But little is known about their behavior in the wild because these birds live in isolation. They don’t even seem to like each other, much less humans or other animals.

When two male birds meet they just rumble at each other and until one of them leaves. And when it’s not mating season, a female cassowary need only stretch and stare quietly at a male she meets to cause him to flee.