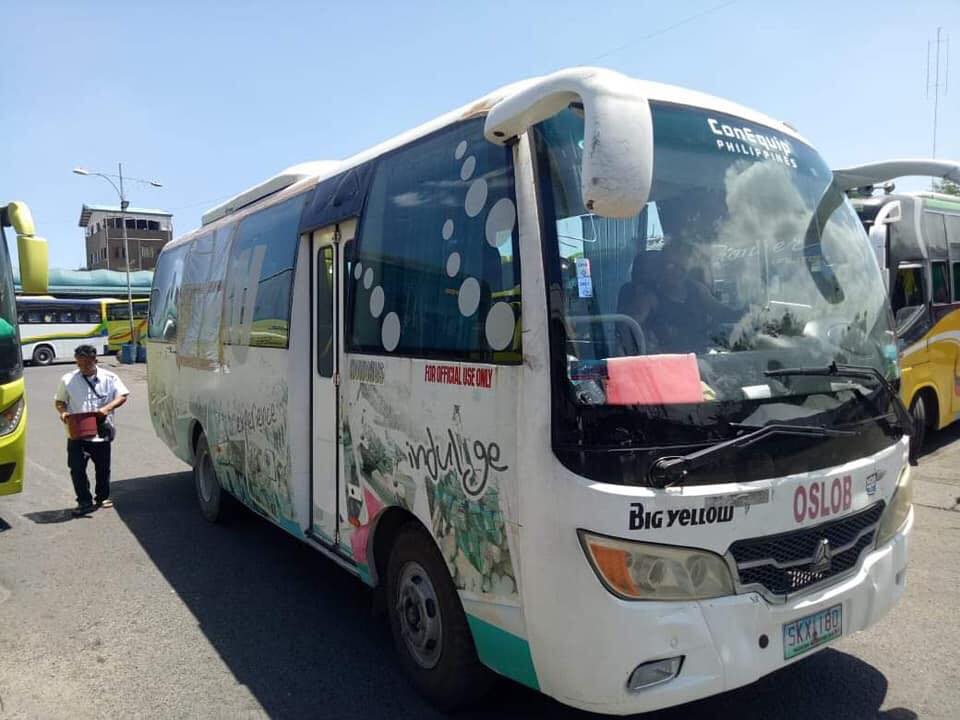 This coaster is now on standby to transport passengers back home to the municipality of Oslob in case of bus shortage. /Photo courtesy of Jonathen Tumulak.

CEBU CITY, Philippines – With passengers starting to crowd the Cebu South Bus Terminal (CSBT) to go back home to their provinces, terminal management has placed on standby 25 additional buses and 11 Local Government Unit (LGU) owned vehicles to cater to the travellers needs.

These will be in addition to the 300 units that already ply routes from the terminal located along Natalio Bacalso Avenue in Cebu City to the southern parts of Cebu province.

Jonathan Tumulak, CSBT manager, said they expect the bulk of the travellers or around 41, 000 passengers to crowd the terminal later today, April 17, the last working day of the week.

He said that they are prepared to deploy the 25 standby and 11 LGUs buses in the event that the 300 buses will no longer be enough to meet the passenger demand.

Davide observed that travel will now be more convenient because Tumulak prepared chairs that the passengers can sit on while law enforcers are very visible inside the terminal premise.

Magpale mentioned of the importance of having CCTV cameras as a security deterrence. She said that this can also even help capture attempts to traffic minors while in the area./dcb