A massive fire erupted at the Notre Dame Cathedral in Paris on Monday night, destroying the roof of the 850-year-old building and causing the spire to collapse.
The Catholic church is a world-famous landmark for the French capital, second only perhaps to the Eiffel Tower, and draws about 13 million visitors per year. It has been a center of religious and cultural life there since it was completed around 1365.
Before the blaze, the church had been undergoing an extensive $6.8 million renovation. While no official cause has been named, some reports from local TV station BFM-TV indicate the fire was “possibly linked” to the renovation and began in the rafters, though no workers were scheduled to be there when it broke out. 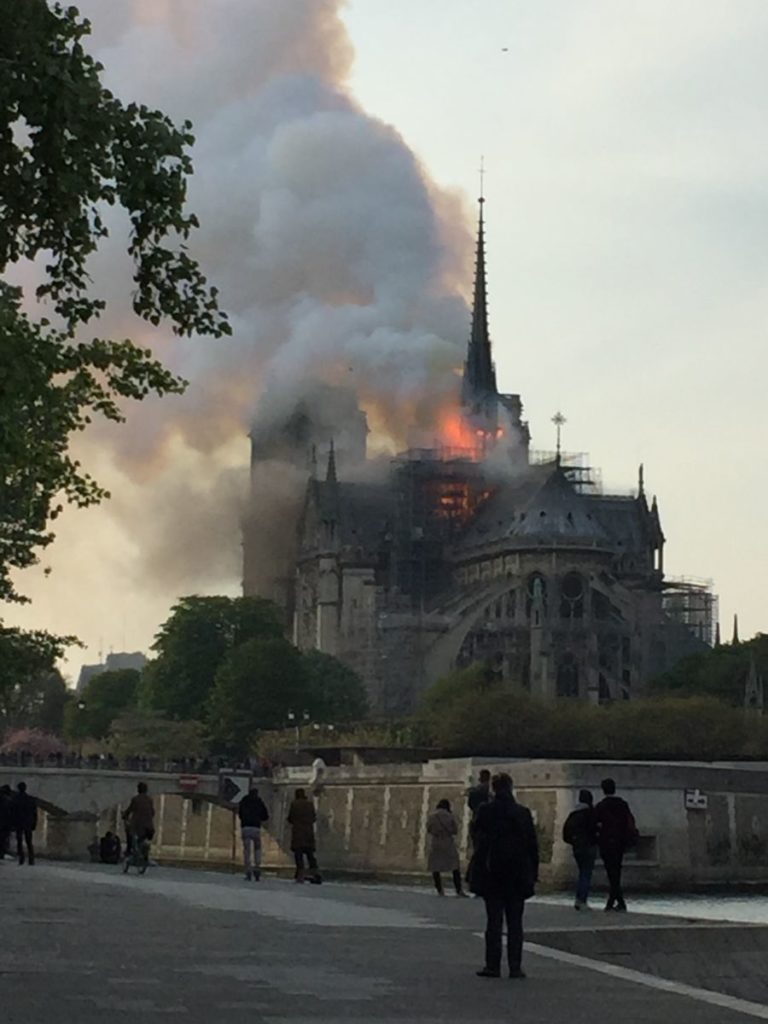 Mass was being celebrated at the cathedral when the fire broke out, attendee says
French-American François-Xavier Lochet, 70, was attending Mass at Notre Dame Cathedral on Monday when a loud alarm went off just as the congregation began the Universal Prayer — it was so loud Lochet could barely understand the messages in French and English.

Most of those who heard it, however, just stood there as visitors began to be ushered out of the cathedral. That was until, Lochet said, a police officer approached a priest and told him, “This is no joke. You’ve got to get out.”

Lochet began walking back to his mother’s home when he turned around and saw smoke.

“Nobody was paying attention,” he said. “I stopped and I took my phone out and I waited.”

Soon, smoke began billowing out from the cathedral.

“To me. I felt like crying,” he said. “This is my most favorite church probably in the world. To me, as a kid, I climbed the towers when I was 12 years old.”
He could not help but think about the countless craftsmen who devoted their entire lives to constructing the church, even those who helped renovate it. He’d often go to Mass, or just to listen to the cathedral’s organs.

He took this photo of the early flames. That spire, and much of the roof on which it sat, would later fall: 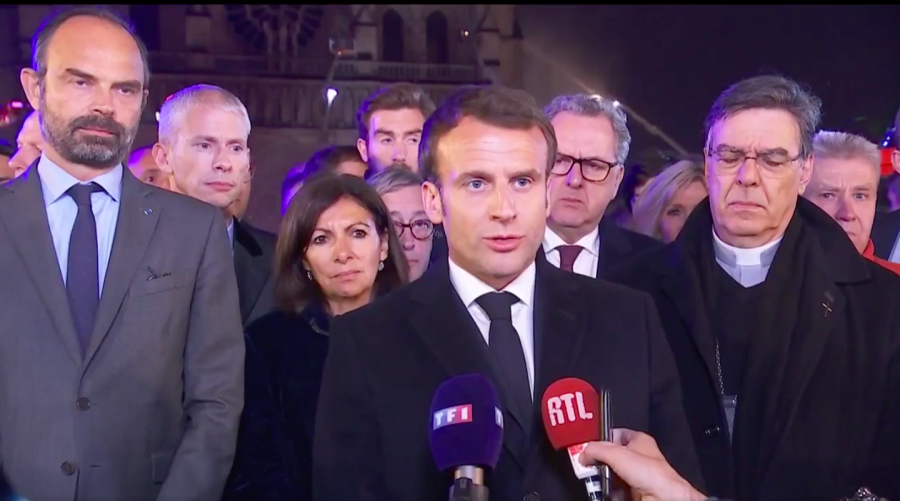 Macron, speaking from the scene, described the fire as a “terrible tragedy,” but added the “worst had been avoided.” He noted that the cathedral’s facade and two main towers did not collapse during the fire.

“I’m telling you all tonight — we will rebuild this cathedral together. This is probably part of the French destiny. And we will do it in the next years. Starting tomorrow, a national donation scheme will be started that will extend beyond our borders,” Macron said.