White House in lockdown as man sets fire to his jacket 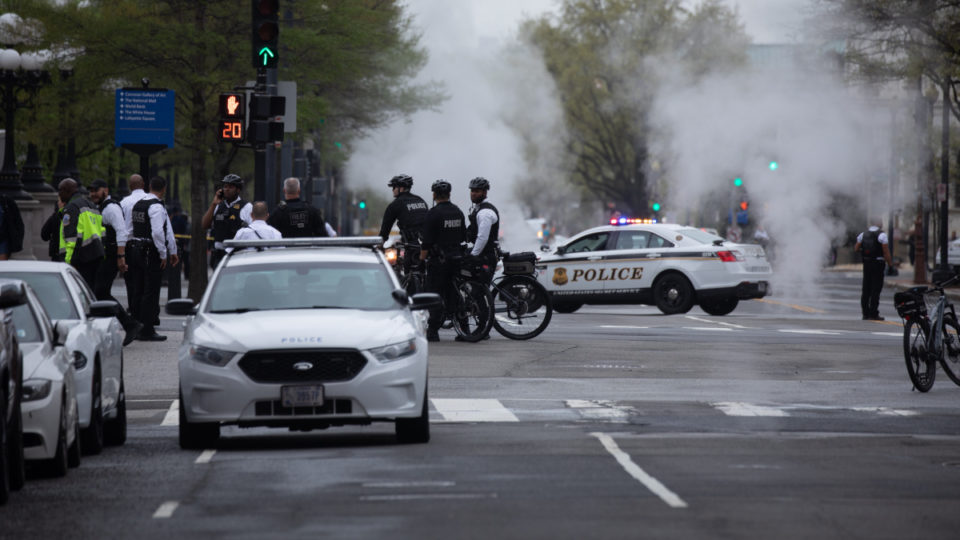 The White House was in lockdown on Friday (local time) after a man set his jacket on fire outside the gates on Pennsylvania Avenue.

Dozens of uniformed secret service police swooped on the man riding an electric scooter about 3.15pm.

It is the second time in two weeks there has been a security incident at one of the two residences of US President Donald Trump.

A Chinese woman was arrested at Mr Trump’s Mar-a-Lago club in Florida on March 30 after secret service agents said she lied to gain admission to the president’s resort.

The Washington Post reported the president was at the White House at the time of Friday’s incident and the Secret Service were investigating his identity and motive.

Meanwhile, Yujing Zhang, 32, has since been charged with the unlawful entry of restricted buildings and making false statements in relation to the Mar-a-Lago incident.

Prosecutors filed the indictment against Zhang in the federal court in South Florida on Friday local time.

She was carrying two Chinese passports, four mobile phones, a laptop computer, an external hard drive and a thumb drive containing malware. In her hotel room, agents found a device to detect hidden cameras and $US8,000 ($11,160) in cash.

At a bond hearing in federal court earlier this week, Assistant US Attorney Rolando Garcia told a federal magistrate judge that “there are a lot of questions that remain” about Zhang and that the FBI was still investigating whether she is a spy.

The bond hearing is scheduled to continue Monday.

A Secret Service agent told the judge that when an agency analyst uploaded the malware found on Zhang’s thumb drive, it immediately began installing on the analyst’s computer and corrupting its files.

Zhang’s public defender suggested at the hearing that Zhang may not have been lying, but misunderstanding agents’ questions since she wasn’t fluent in English.

But the Secret Service agent told the judge that Zhang spoke and read English well during subsequent questioning with agents.