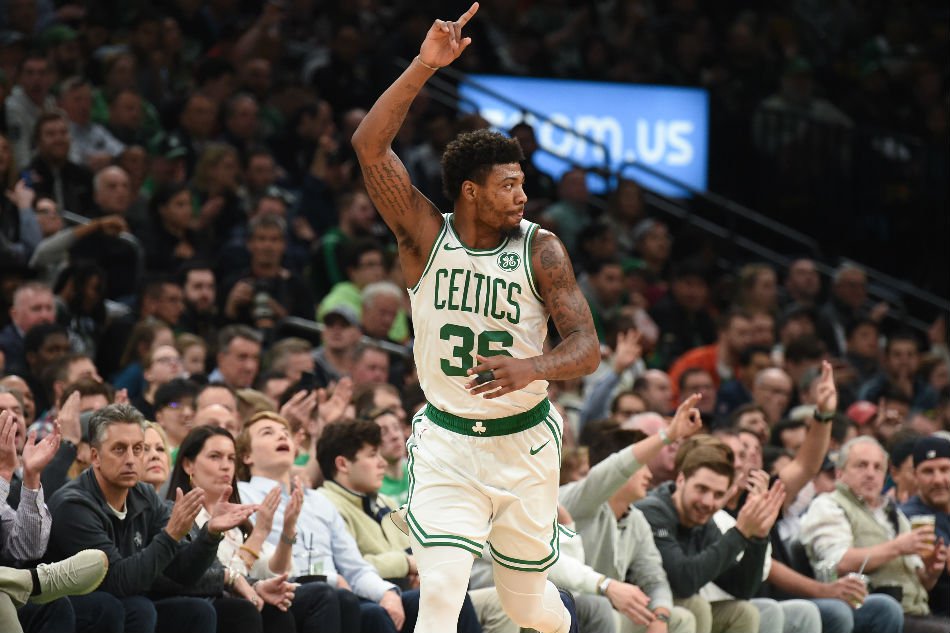 Boston Celtics guard Marcus Smart (36) reacts after making a basket during the first half against the Miami Heat at TD Garden. Bob DeChiara, USA TODAY Sports/Reuters

Boston Celtics guard Marcus Smart has a torn left oblique and could miss the first two rounds of the Eastern Conference playoffs, according to a report from ESPN’s Adrian Wojnarowski.

Smart averaged 8.9 points, 4.0 assists and 2.9 rebounds this season for the Celtics, who will be the fourth seed in the East postseason after posting a 49-33 regular-season record.

Boston will open at home this weekend against the fifth-seeded Indiana Pacers. The physical guard is noted as one of the NBA’s top defenders.

Smart sustained the injury in a game against the Orlando Magic on Sunday, and he did not play Tuesday at the Washington Wizards.

The Boston Globe reported that Smart was in too much pain to undergo an MRI exam on Tuesday, with a Wednesday test confirming the injury.

The 25-year-old Oklahoma State product started 60 of his 80 games this season.